Google Chrome will finally help you organize your tabs

Google Chrome is rolling out a new feature to help you better manage all your open tabs. The company announced today the launch of “tab groups” for the beta version of its web browser, which will allow you to organize, label and even color-code your tabs for easy access. The feature will make its way to the stable release of Chrome starting next week.

To use the new feature, you can right-click on a tab and choose “Add tab to group.” You can then select an existing group to move the tab to or create a new one, which you’ll also name and label.

The company had been testing this solution for several months before today’s public release, as some had already spotted. Based on this early research, Google says it found that many people tended to organize their tabs by topic — like a project they’re working on or a set of shopping and review sites, for example.

Others, however, would organize tabs by urgency — labeling them things like “ASAP,” “this week” or “later.” Google also suggests tab groups can be used to help keep you focused on task progress, by grouping them into areas like “in progress,” “need to follow up” and “completed.”

And if you prefer a more minimalist look, tab groups also support the use of emoji in their labels,

The problem of having too many tabs open is one that’s common to anyone who spends time on the internet, whether for work, school, research, online shopping or even just browsing for fun. Tabs start to stack up with all those things you need to come back to at some other time — unless, of course, they’re part of your permanent collection of pinned tabs that never get closed.

Despite the prevalence of the “too-many-tabs” problem, Google had yet to introduce a solution for Chrome users. That led to the creation of a cottage industry of tab management tools like OneTab, Workona, Toby and many others.

Meanwhile, other browser makers tapped into consumer demand for better tab management solutions to make that a selling point for their own Chrome alternatives. For instance, Vivaldi offers automatic tab stacking to keep tab clutter down. And Opera earlier this year introduced a new version of its web browser that lets you organize tabs into various workspaces.

Google isn’t likely too worried about losing its majority market share to its rivals, given its near-complete dominance on the desktop. But Chrome has fallen from a 71.15% share of the desktop browser market in August 2019 to 67.15% as of April 2019, as other browsers made inroads. That could have been just enough of a push to get Google to focus on new features that will keep consumers in its ecosystem.

Tab Groups are available in Google Chrome Beta for preview as of today. The feature will also be available for Chrome on the desktop across Chrome OS, Windows, Mac and Linux when the updated version begins rolling out next week.

However, Google cautions tab groups will be slowly rolled out to ensure Chrome’s stability and performance aren’t impacted. So if you’re itching to use the new tab groups feature sooner, you may want to switch to the beta for the time being. 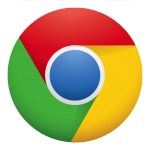 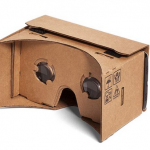 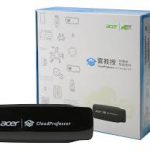 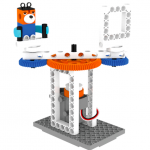